Welcome to our Web Site!

Find us on:  Facebook.com | Meetup.com | Twitter.com 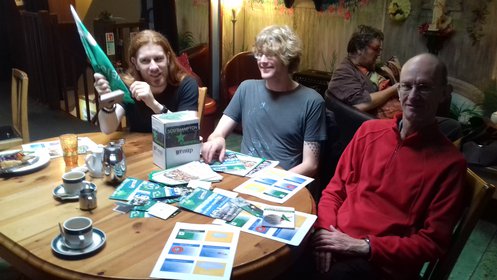 Why not join in?

Everyone is welcome, regardless of ability level. We do not normally have a set schedule for the meetings. We chat about what we have been doing in the week, discuss ideas for how to grow our group and Esperanto in general, and enjoy having some tea, coffee and cake. Occasionally we have visitors from other nearby groups, such as the London club, or from further afield.